PEV Sales in the US Reach 1 Million

According to the DOE: 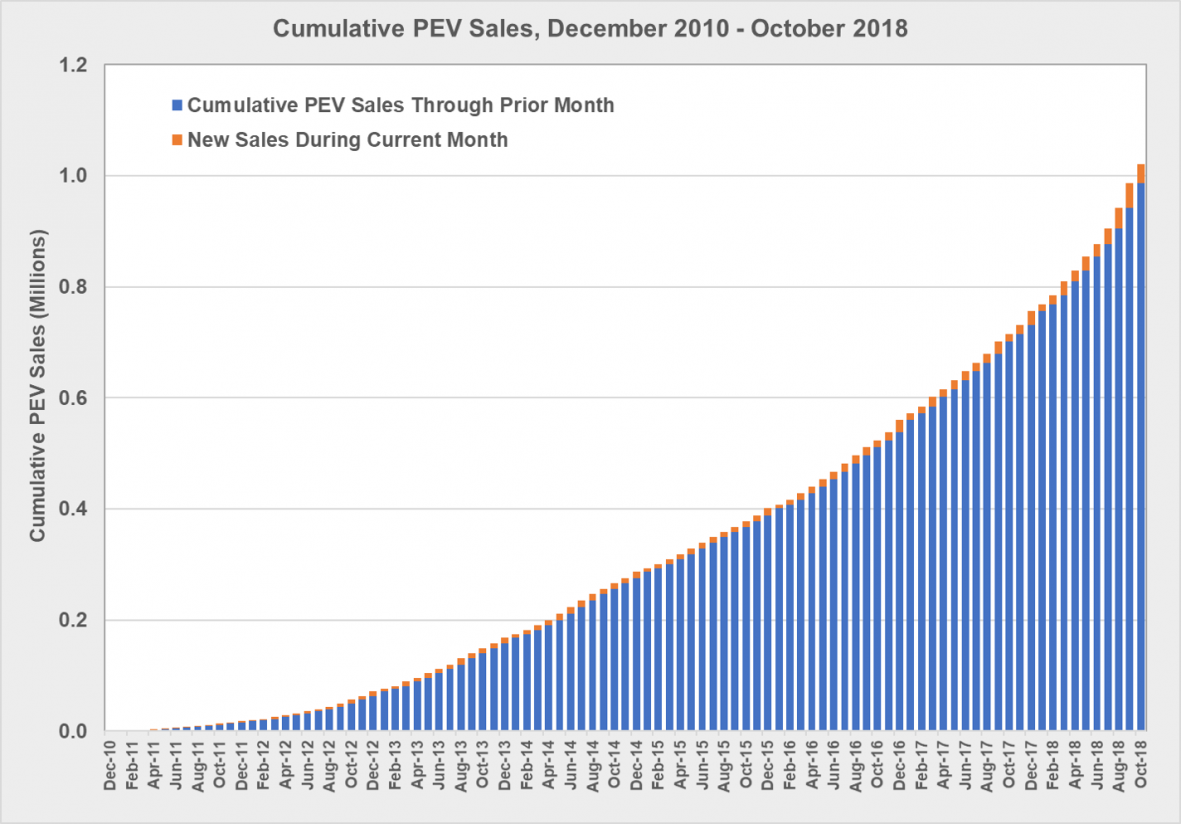