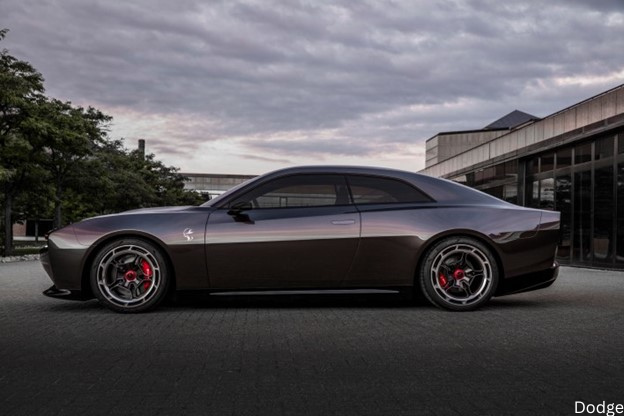 Lotus’s new Eletre, Eletre S, and Eletre R bring three versions of an electric SUV to the market. The models will start around €95,990 and the base model will have 603hp and go all the way up to a whopping 905 horsepower.  The Eletre and Eletre S have a range of 373 miles while the Eletre R has a range of 304 miles. Lotus offers five drive modes, active air suspension, torque vectoring, and matrix LED headlights.

If you’re attending SEMA, don’t forget to check out the Dodge Charger Daytona SRT Banshee Concept.  There are several tiers of the Banshee with the wildest one using an 800-volt electrical system and should produce over 670 horsepower.  One of my favorite parts about the electric beast is the carbon wheels.  Mmmmmm Electric muscle.

Volkswagen’s ID.4 wins the first-ever SEMA Award for Electric Vehicle of the Year. For 2023, VW is assembling the ID.4 at its Chattanooga facility and it starts at a lovely price of $37,495. Congrats VW!

Inflation is high and the holidays are coming up, so we thought we would try to help out. This month we’re giving away a $50 Amex Card.  All you have to do is;

Tesla released a new Full Self-Driving Beta update that includes more drivers.  The update doesn’t include any new features and is more focused on performance updates to the system such as upgraded object detection