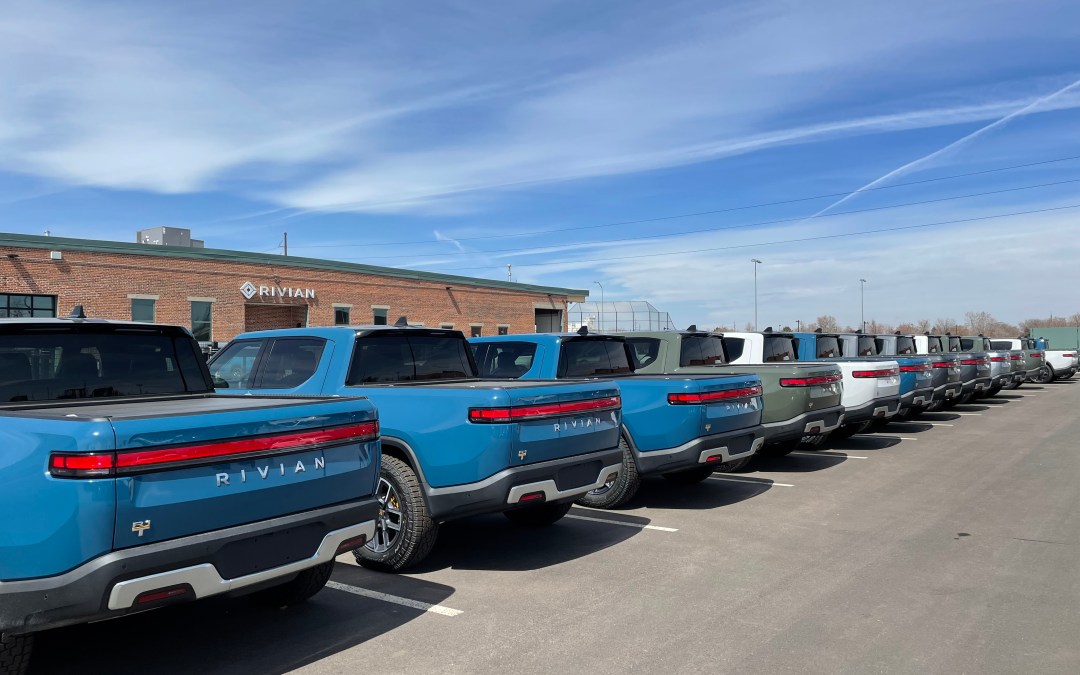 Enjoy the newsletter and don’t forget to share with other EV/AV enthusiasts. Also, while everyone is raising prices these days, we decided to drop prices on our EV merch. Treat yourself to a shirt to welcome the warm weather.
Electric Headlines

Tesla’s Q1 numbers are out: Tesla delivered 310,048 EVs in the first quarter of 2022 and produced 305,407 electric vehicles. This time last year, Tesla delivered 184,800 electric vehicles and produced 180,338 EVs. Model 3 and Model Y cars compromised around 95% of the deliveries. On the charging side, Tesla has opened the longest Supercharging network in the world. Located in France, the location offers 28 stalls and is open to both Tesla and other EV owners.

In other Tesla news, the car company has been testing the Lucid Air at its Fremont Factory on its test track. Considering the two companies’ history, this is certainly remarkably interesting.

We made a trip up to the Rivian service center in Denver and we were surrounded by R1Ts. We talked to Tim at Rivian for a good bit but could not coax him into a test drive. Next time. Rivian reported its Q1 numbers for 2022, producing 2,553 EVs while delivering 1,227 of them. Despite supply chain issues at the beginning of the year, the company said it is on track for its 2022 production goals. That makes the R1T the EV of the Week.  -John @ Mobility EVo.

Like the rest of the world, Japan has fallen victim to labor shortages. Fortunately, several firms such as Shimizu have developed self-driving forklifts that can automatically avoid obstacles. The company hopes to commercialize the technology by mid-2022.  In other forklift news, Toyota Industries is developing a forklift that will learn from its experiences and improve its performance over time.