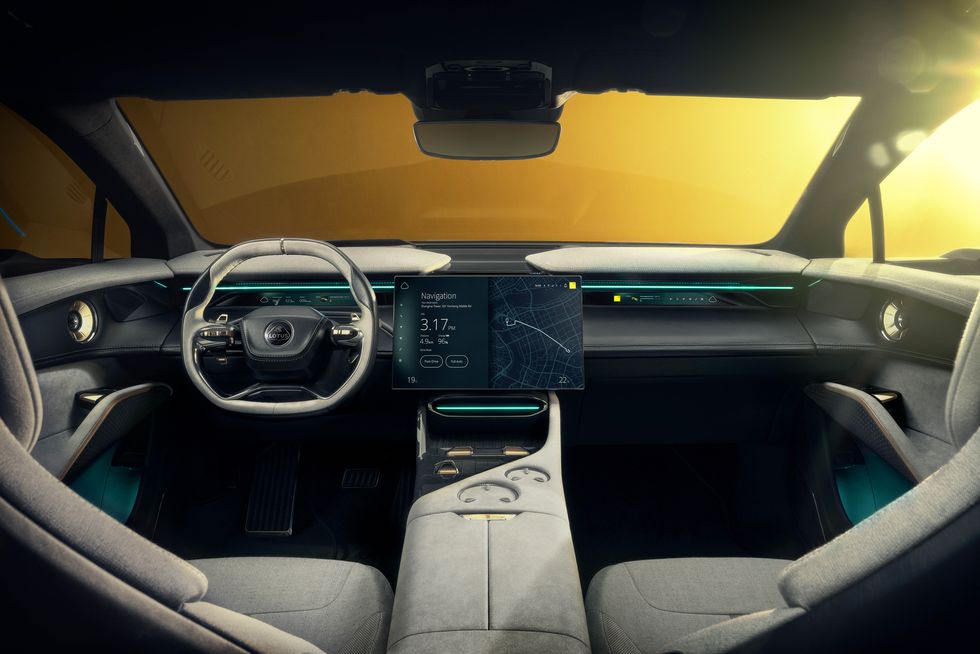 Happy last day of March. Just a little heads up, tomorrow is April Fools’ Day. Don’t be fooled. We have news about Lotus, NC, NY, WA, USPS, Mercedes, Ford and more.
Enjoy the newsletter and don’t forget to share with other EV/AV enthusiasts.

Lotus has announced its all-electric 600HP Eletre. The company is planning deliveries to begin early next year in China, Europe, and the UK. Aside from being Lotus’ first EV, it is also their first five-door production car, their first model outside of the sports car segments, and their first lifestyle EV, according to the company’s press release. Users can add 248 miles of range with 20 minutes of charging. The Eletre has a top speed of 161 mph and goes 0-60 in less than 3 seconds.

The EV of the week is our trusty company car, the Kia Niro EV. We took the Niro up to the mountains this weekend for a business trip and it was great, especially with current gas prices. It handled the hills perfectly, but it did need a good washing after the trip.  When we left Keystone, CO, we had 119 miles of range left. Our journey back home was around 76 miles and when we got to our destination, we had around 70 miles of range left. Not too bad. -John @ Mobility EVo.

AV of the Week

Mercedes-AMG has programmed a self-driving GT 4-door Coupe to drive around a test track. The vehicle will be able to reach speeds of up to 170 km/h. The technology is not available for public use yet, but the company wanted to show off its advanced driver assistance systems (check out the video above). In other Mercedes news, the company will accept legal responsibility for accidents involving its self-driving cars. With their Level 3 autonomy, it is unlikely that life-or-death situations will occur since the technology operates at low speeds.