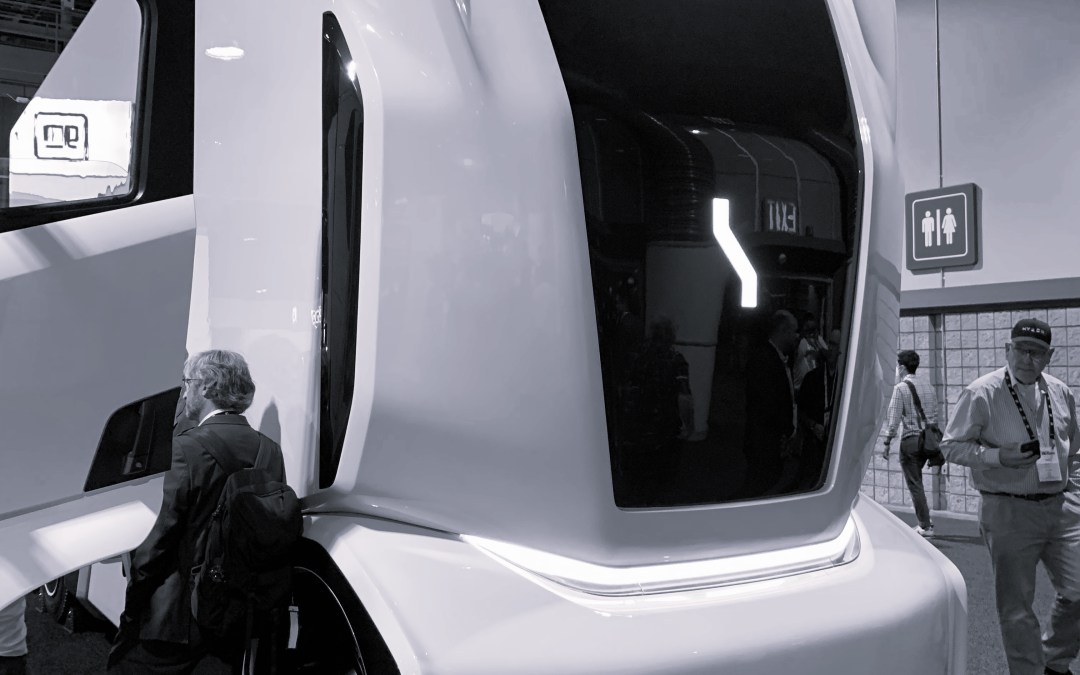 The ACT Expo continues to be my favorite industry event every year. It’s always a great place to see new advancements in the electric vehicle industry, as well as catch up with industry friends and make new connections. It’s the most concentrated event of people that are actively and passionately changing the future of transportation. This year my highlight was getting to ride in a hydrogen fuel cell-powered heavy-duty truck that was quiet, nimble, and quick! It was also impressive to see the Einride Pod in person. Did you attend the ACT Expo? If so, what was your favorite part? Let us know on our Instagram post.

For some weird reason, my wife refuses to drive a minivan. I’m not a good listener though, so I think I will surprise her this Christmas with a new minivan. Just kidding.  I know better. What she would go for is a VW ID.Buzz. It’s funky, cool, and would be great for the kid/s. I’m personally looking forward to the camper version. We’ll have to wait until 2023 for one, but that doesn’t stop us from making the ID.Buzz the EV of the Week. Check out the video below for how it’s made. -John @ Mobility Evo

My top #1 complaint with other people driving is how prone I am to motion sickness. Well, Apple’s long-awaited AV may have some answers for that issue that were hinted at earlier this week. By utilizing virtual reality and a headset, the company believes tackling motion sickness will be a breeze. In addition, the company has also received a patent for a guidance system that could be activated through iPad, iPhone, and Siri. Apple’s AV is still predicted to launch in 2025.

Enjoy the newsletter and don’t forget to share with other EV/AV enthusiasts. Have an amazing Cinco de Mayo.

Range anxiety has been cited as one of the top reasons for hesitancy around EV adoption. Here are the top electric cars with the longest range:

Do not worry about range. In 2019, the average daily commute was around 39 miles.  It will be okay.

Cape Air signed a LOI this week for 75 Electric Alice aircrafts from Eviation. The electric airplane has room for 9 passengers and 2 crew members, travels at a top speed of 250 knots, and can cover 500 ground miles. Who said we had to pick a car for the EV of the Week?  Nobody! That is why we chose the electric flying Alice as the EV of the Week. Watch out, we might choose an electric boat next week… -John @ Mobility EVo

I ended my ski season with a powder day a couple of weekends ago, but then I watched the video of this UTV and now I am pumped for next season (scroll down for the video). DolaGon is an autonomous Polaris Ranger Crew UTV and is designed to transport skiers while giving users and operators the opportunity to control it autonomously, via a remote control, or driving manually. Certainly, it has other uses, but those fresh tracks look appealing.

Mobility EVo is brought to you by EPG.  EPG is an electric vehicle and autonomous vehicle recruiting and staffing company.  We created Mobility EVo to bring you latest news on the Electric Vehicle and Autonomous Vehicle industry through our newsletter.  Whether it’s Tesla, Ford, Mobileye, Cruise, Waymo, GM, Rivian, we bring it to you.  We also have some electric vehicle merch too.  Check out our EV hats, EV Shirts, EV Hoodies, etc…  We have something for everyone. 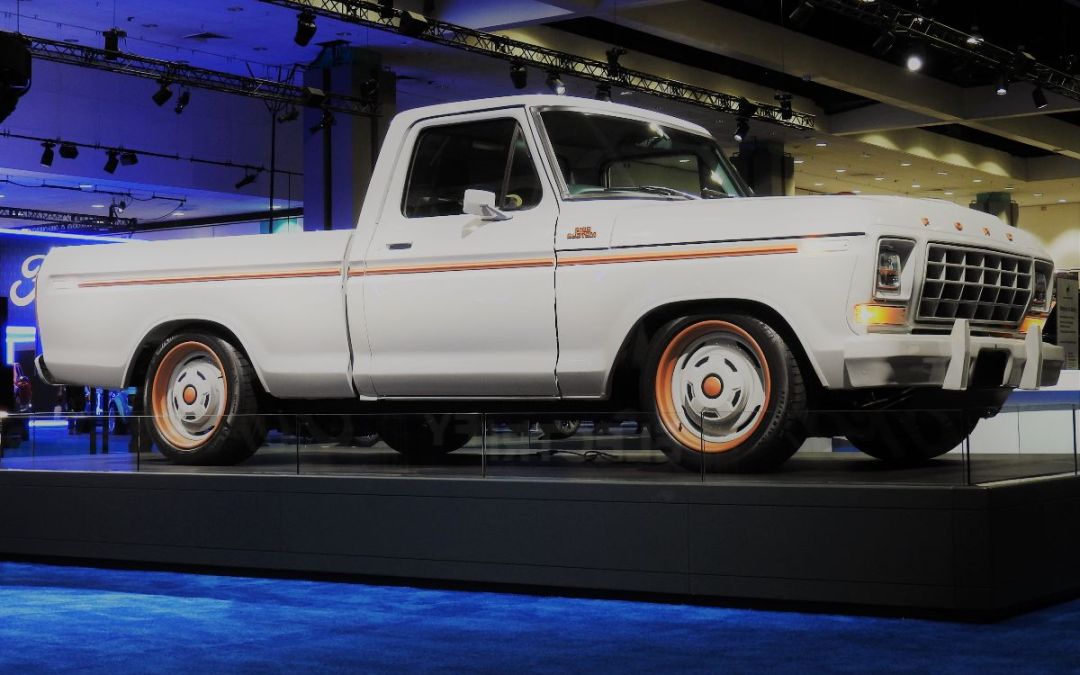 Enjoy the newsletter and don’t forget to share with other EV/AV enthusiasts. Have an amazing day.

Production of the F-150 Lightning has begun at the Rouge Electric Vehicle Center and the Lightning has already sold out. To combat demand, Ford plans to ramp up production from 40,000 units to 150,000 units per year within the next year.

We have your Ford news, so how about some news from GM? This week, GM announced they will produce an all-electric Corvette next year. Not many details were shared about the new Corvette, but we look forward to future updates and sharing with you. GM will also begin tying executive compensation to electric vehicle goals, a move to highlight the company’s dedication to EV adoption. Is it a coincidence that both stories came out this week? I think not.

Which would you choose? The electric Corvette or the F-150 Lightning? That’s a tough one, but I am gonna go with the Lightning.

With all the Ford news this week, we felt it appropriate to highlight a Ford as the EV of the Week. This is not a regular Ford though, it is the Eluminator. Built on a 1978 F-100, this concept has been converted to fully electric.

With 480 horsepower and 634 lb.-ft of torque, this updated truck will blow the old one away. Ford is highlighting this truck as a way for people to convert their old vehicles to electric. Pick up an electric motor from Ford for $4,095 and get started on your project this summer. Also, check out Jay Leno’s thoughts on the Eluminator.
-John @ Mobility EVo

The British government’s Highway Code lays out interesting rules around self-driving vehicles. Passengers will be allowed to watch TV while riding but must be ready to take control if needed. However, phones will not be allowed. In addition, insurance companies will be legally responsible for incidents, not drivers. I agree with these rules. It is imperative that I catch up on the latest trending Netflix show via my vehicle screen, not my phone. It is a much bigger screen. 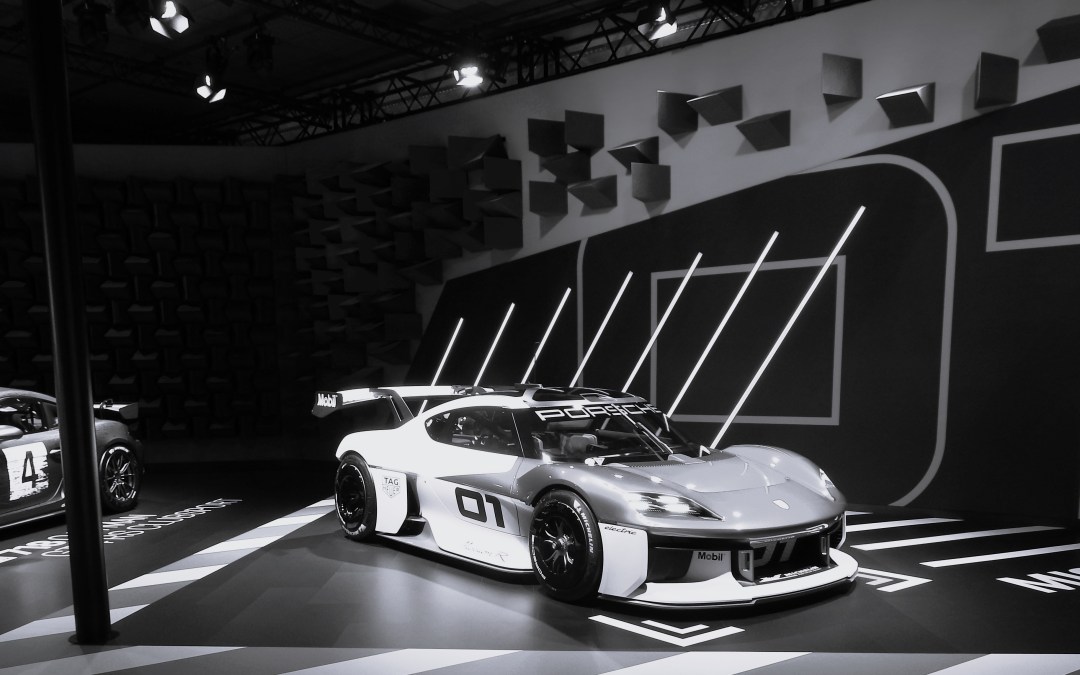 Can we improve charging infrastructure?

Happy Thursday and Happy early Earth Day. Our newsletter today includes ideas for improving charging infrastructure, Tesla earnings, Mercedes’ 1,000 km journey, AV deliveries, and more.
Enjoy the newsletter and don’t forget to share with other EV/AV enthusiasts. Have an amazing day and go ahead and take Friday off and enjoy our planet.

Building the infrastructure the US needs proves to be a daunting task, but it is possible. Right now, cars and trucks produce around one-fifth of greenhouse emissions in the U.S. EV adoption has grown tremendously in recent years, but around half of US consumers say that range anxiety is a huge barrier for them finally making the switch to EVs.

To meet the demand of an expected 48 million EVs on the road by 2030, the U.S. would need twenty times more chargers in a decade than the U.S. has currently. This article by McKinsey lays out the author’s top 7 recommendations to encourage the installation of charging infrastructure throughout the nation.

The next Formula 1 race is this weekend at Imola, so therefore I felt it was appropriate to have a race car for the EV of the Week. I am hoping this will one day translate to an electric 911. We chose the Mission R as the EV of the Week for its vision and the future of motorsport. In qualifying mode, the Mission R will produce 1073 horsepower. It sounds like pole position to me. Check out the video of the Mission R in action. -John @ Mobility EVo

Does anyone else wonder how I can order something on Amazon on Sunday and have it at my front door by Monday morning? How in the world does that happen? It will be even more efficient and streamlined with AVs entering the picture. Amazon is not the only company testing AVs for delivering goods. These 7 companies are currently testing the capabilities:

The future is coming.

We have news about Toyota, Cruise, Lincoln, Rivian, Bosch, Israel, Porsche, and more.

Enjoy the newsletter and don’t forget to share with other EV/AV enthusiasts. Also, while everyone is raising prices these days, we decided to drop prices on our EV merch. You need a hat to protect you from the sun.

There were several recent unveilings and hints of EVs from manufacturers. We’ll hit some quick highlights below.

In probably one of my favorite autonomous news articles of this year, the San Francisco Police Department attempted to pull over one of Cruise’s autonomous vehicles for not having its lights on. The AV initially stopped, but then drove away when the police officer went back to his car. It stopped again and put its hazards on. Cruise said that the vehicle was driving to a safer area of the road to stop. This is straight out of a Sci-Fi novel.